Farmers with 200-2,000 poultry on their household farms may have to go out of business. The problem lies within the Special Rules of Animal Product Hygiene, which came into force on March 7, 2015. The authorities plan to tighten control over their implementation after the interim period, that is, June 1, 2015.

To sell raw chicken meat from January 1, 2015 onward, the product must be accompanied by a veterinary certificate (Form 2), which means that chicken must be slaughtered in a facility where the HACCP (Hazard Analysis and Critical Control Point) system has been adopted. Only few large companies have adequate slaughterhouses, and they are nearly absent in the regions. Small farmers with 200 to 5,000 chickens may end up going out of business because of the absence of adequate slaughterhouses.  According to the authorities, one of the most pragmatic solutions to this problem is for several small farmers to establish a shared slaughterhouse in line with the new standards.

Giga Kodoev, who runs a small farm of 5,500 poultry, has calculated costs of arranging an adequate slaughterhouse in line with the new standards and made some projections: “A slaughterhouse where 400 chickens may be slaughtered at once will cost at least 100,000 GEL, which farmers like me can never afford, which means that I have to take out a loan. If we join efforts as a union, this problem may be solved easily, but a union will face new challenges: Farmers, whose annual turnover does not exceed 200,000 GEL, are exempt from VAT. If several farmers form a union, then their turnover will more than 200,000 GEL, and we will be forced to pay VAT. All this means that one kilo of raw poultry, which is 4.80 GEL today, will cost 5.60 GEL, making us unable to compete with imported frozen products, so we will go out of business, having to repay the loan for the slaughterhouse on top of it all.”

Rostom and Jaba Papidze returned to Georgia from Spain in 2007.  Using their savings, they bought 3,000 square meters of land in the village of Teleti, Gardabani District, established Rooster LLC, and arranged a poultry farm.  Today they have 10,000 fowls. Rooster LLC sells mainly live chickens, newly hatched chicks, also chicken feed and additives.  Their clientele consists mainly of small farmers, those who have between 200 and 2,000 poultry on their farms.The Rooster database registers up to 3,000 farmers.Rostom Papidze says that, if the government fails to see a larger picture of existing problems, almost 3,000 farmers and 15,000 people involved in this business will lose their jobs and sources of income, while the local market, deprived of locally produced raw meat, will have to settle for imported chicken meat only: “All agricultural products are exempt from VAT, save chicken and eggs. No one can explain why these two products are exceptions. So many small chicken farmers emerged in the market, because the government made concessions for them, exempting those with less than 200,000 GEL in annual turnover. The new slaughterhouse regulations will be a heavy burden on farmers’ shoulders. Arranging a slaughterhouse with an HACCP system must cost tens of thousands of dollars. A farmer with 200,000 in annual turnover cannot afford investing 100,000 USD in infrastructure. Of course, food offered in the market must be safe. However, the government must allow farmers to develop, so that may adapt to the new regulations, namely exempting raw chicken production from VAT and thus enabling businesses to take care of themselves. Interestingly enough, Koda and Kumisi stopped producing raw chicken meat. Why? They are very good companies, well developed, but VAT proved too much for them.”

Rostom Papidze has calculations of his own. If poultry farmers are exempt from Vat, he believes, public funds will not suffer losses. On the contrary, the state will benefit: “60,000 tons of frozen chicken are imported to Georgia every year. The government receives only 5,000,000 GEL in taxes. Georgia has an opportunity to replace these 60,000 tons of frozen poultry will local production. To produce 60,000 tons, we will have 10,000 people employed. If we replace frozen goods with local products, the income taxes paid by 10,000 new workers will be twice as much as the import tax. People will find jobs, this field will develop, and money from selling chicken will not flow abroad anymore.”

Who is obligated to observe the new regulations? You are obligated, but not really

According to the Special Rules of Animal Product Hygiene, individuals are exempt from state control. The law sets forth, however, that products offered in the market must be safe. As a guarantee of safety, it defines that any product, including poultry, must be produced and processed in line with relevant food safety requirements. Thus, every entrepreneur producing animal products is obligated to observe the Special Rules of Animal Product Hygiene, as the requirements of these rules are designed to ensure food safety.

The provisions of the Special Rules of Animal Product Hygiene are somewhat simplified for those who operate household businesses and infrequently supply the market with smallamounts of goods. Yet, the law does not define what exactly“infrequently” and “small amounts” mean.

“If a person supplies the market with certain frequency, he/she pursues entrepreneurship, thus not being an unorganized supplier. Accordingly, he/she is obligated to undergo relevant tax registration and register as a business operator. There are some people out ether who abuse these privileges and pretend to be infrequent market suppliers. We have particular cases, and we are actively cooperating with the Tax Service. People who supply goods on a daily basis are obligated to meet the requirements and obligations set forth in the Special Rules of Animal Product Hygiene,” Kakha Sokhadze (Officer of the food Safety Department at the National Food Agency) says.

In an interview with www.eugerogia.info, First Deputy Minister of Agriculture Nodar Kereselidze says that the government will assist slaughterhouses and animal food producers in adapting to the requirements defined by the new standards and regulations. “The adoption of new standards is an expensive process. Along with retraining, it involves reequipping as well. On eth other hand, we keep in mind the requirements defined in DCFTA. Therefore, we must strike a balance between these two directions. We must employ all available means of financial and technical support to protect business entities and ensure access to products in the market. To this end, we are holding negotiations with such organizations as EBRD and IFC. As for exempting poultry production from VAT, it must be considered jointly by the Ministry of Agriculture and other ministries, and the government must make a relevant decision afterward.”

Rusudan Gigashvili (Chair of the Farmer of Future Association) criticizes different ministries for their uncoordinated work. “In the recent years, the government has implemented a number of agricultural projects. Unfortunately, one successful project often fails to ensure the success of another endeavor. I inquired and found out that not a single slaughterhouse has been financed under the Affordable Agro Credit program. In addition, loans amounting to 3,000,000 GEL were issued last year in the poultry industry, though it was never explained to farmers that they would face new regulations a few months later. If state programs and institutions maintained proper coordination, it would never happen,” Gigashvili says.

The government to set rates for slaughterhouse services

“The rates of service provided by the National Food Agency are defined in the Decree #59 of the Government of Georgia, namely 0.10 GEL per chicken. Since there were no poultry slaughterhouses operated in Georgia, this fee was abolished. Today another amendment is about to be made to this decree, stipulating that slaughtering chicken must proceed under the supervision of veterinarians, and that relevant fees must be paid to the National Food Agency. Fees will be calculated based on the number of slaughtered chickens. We are holding active consultations at this point with different producers and the Ministries of Economy and Finances. These ministries are in charge of making sure that the fees are calculated properly. The exact amount of fees has not been defined yet, though, most likely, it should not be more than 0.05 GEL,” Kakha Sokhadze (Officer of the food Safety Department at the National Food Agency) says in an interview with www.eugeorgia.info.

Financial transactions between slaughterhouses and the National Food Agency will be maintained based on these rates. 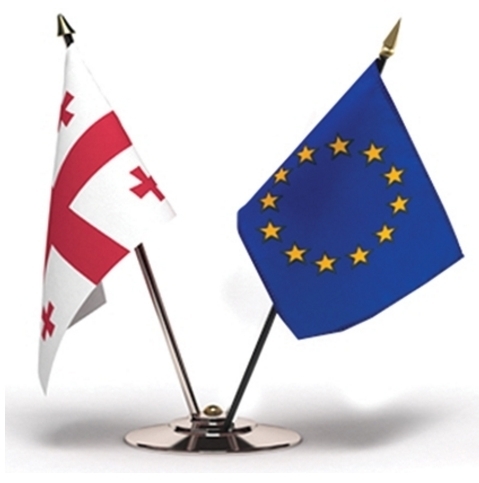 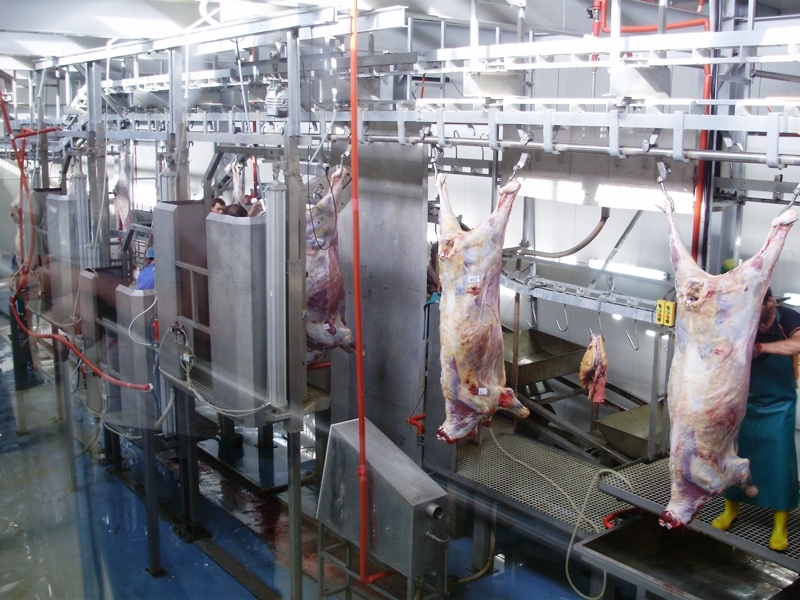 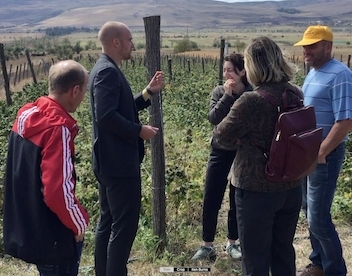 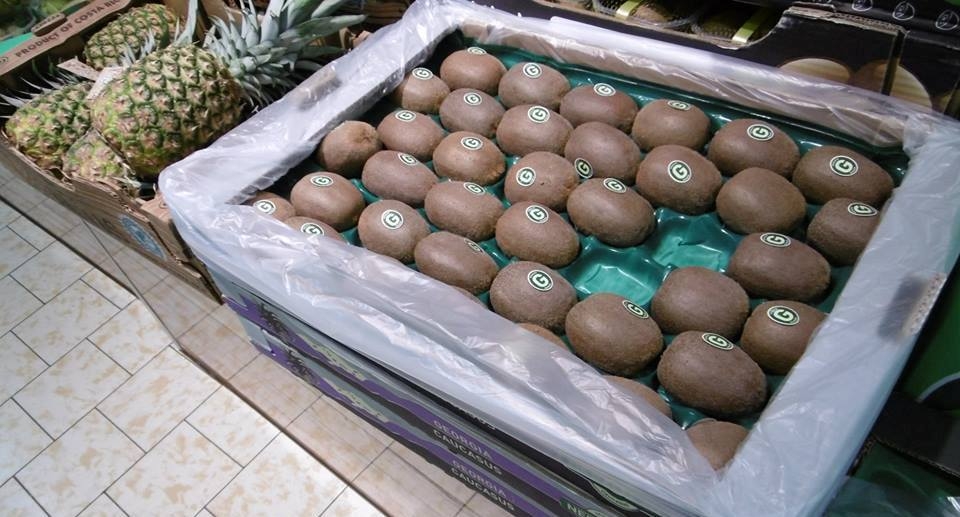 Georgian Kiwifruitis available in one of the largest European supermarket chains – Lidl, Germany.The Lidl purchases 1kg kiwifruit for 1.20 Euro from Georgian producer and sells it for 0.29 Euro each in its chain. 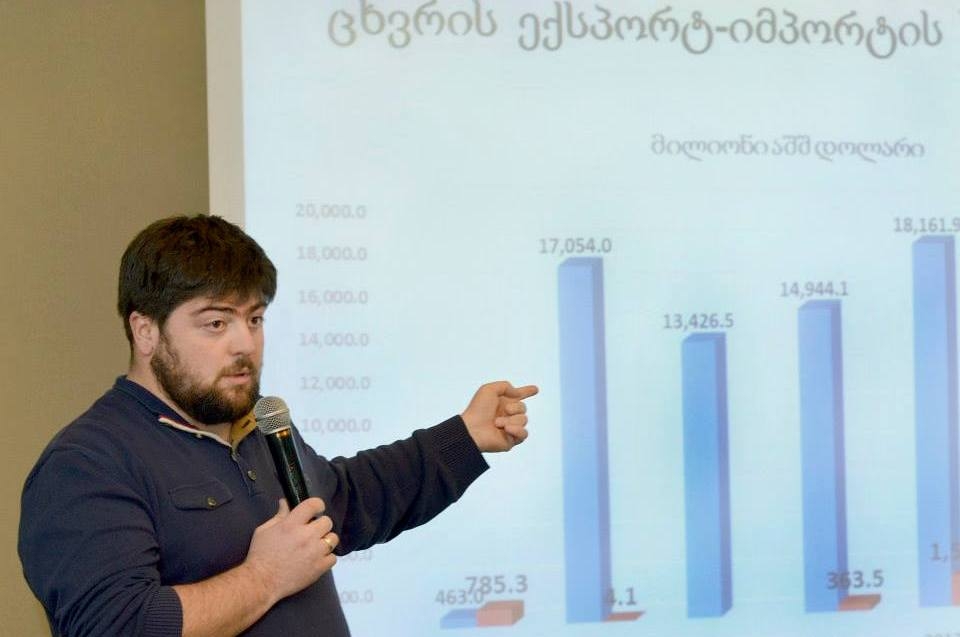