Georgian Armor and Helmets May Conquer the European Market

“Several Eastern European countries, including the Baltic States, have taken interest in our armor, bulletproof vests and helmets and we expect them to announce calls for bids next year.  We will definitely participate in state procurements and will try to build a good reputation as reliable suppliers.  We produce high quality products at competitive prices and we have won fiercely competitive tenders in the Middle East” says Ucha Dzodzuashvili (Director of the Delta Military Scientific and Technical Center at the Ministry of Defense).

According to Dzodzuashvili, Delta’s bulletproof vests and helmets meet the standards of the Georgian Armed Forces and NATO, passing an important threshold in quality.

A bulletproof vest and helmet weigh between 1,200 and 1,500 grams.  The interior of our helmets meets NATO standards.  It is easy to fit and adjust and ensures impact mitigation.  A bullet proof vest weights 3,200 grams and covers 42 square decimeters (the total weight with an armor plate fluctuates between 6.5 and 10 kilograms).  According to Delta military experts, the company’s bulletproof vest provides protection from both 9 mm Luger bullets and Soviet 7.62 cartridges – both powerful types of ammunition - and safeguards soldiers during military and special operations.

The Military Scientific and Technical Center at the Ministry of Defense has already been commissioned by countries in the Middle East to supply armor products.  In a conversation with www.eugeorgia.info, Ucha Dzodzuashvili points out that Georgian bulletproof vests and helmets have also drawn interest in the EU member states.

“Western bulletproof vests and helmets, in comparison with their Delta counterparts, are much heavier.  Our products are of better quality and they’re lighter too. Georgian armor is 20-25 percent cheaper than European products, making our prices very competitive, which is why we aspire to gain a foothold in the EU market.  Our competitive prices stem from special technology which has been developed in its entirety in Georgia.  The device used to make armor was assembled in Georgia.  Only some of the raw materials we use are imported and we are working on replacing most of the imported materials with local materials.

Several Eastern European countries, including the Baltic States, have taken interest in our bulletproof vests and helmets.  However, this interest has yet to be transformed into a formal order.  To sell military products, one needs to win a tender competition announced by one country or another.  Military goods generally have a six-year shelf life.  EU member states have supplies of armor and a certain period of time must pass before they can be replaced with new products.  We are waiting for tender competitions to be announced.  We will definitely participate in state procurements and will try to build a good reputation as reliable suppliers. We produce high quality products at competitive prices and we have won fiercely competitive tenders in the Middle East.  There is no armor in the world good enough to compete with us, because we are leaders both in the budget and high-end segments.

The Association Agreement enables us to export our products to the European market at much cheaper prices.  We should also bear in mind, however, that bulletproof vests and helmets are military products, and that special requirements for these products are enforced, which, along with purchase terms, are not regulated by international agreements.”

Delta expects EU member states to announce armor tender competitions next year.  According to Dzodzuashvili, if there is demand for Georgian products, the factory can easily and quickly expand to meet the new demand, as it does not depend on imported machinery.

Along with armor for the army and special operations forces, Delta also produces bulletproof vests and helmets for police forces and civilians. 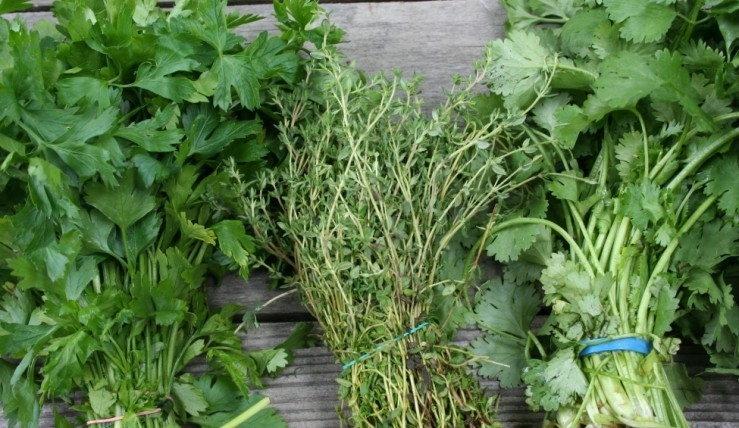 Badri Kiladze operates a 3,000 m2 greenhouse in the Tzkaltubo District, growing mainly salad greens and herbs, such as dill, parsley, and cilantro.