Badri Kiladze operates a 3,000 m2 greenhouse in the Tzkaltubo District, growing mainly salad greens and herbs, such as dill, parsley, and cilantro.  Badri claims that this year has proved especially devastating for herb growers: “I had 30 tons of salad greens go bad. Prices in traditional markets like Russia and Ukraine dropped so drastically that the amounts offered by distributors were hardly enough to cover harvest costs.  The local market is not overly attracted to our products either.  This year, the price of one kilo of greens dropped to one GEL.  Without entering new export markets, the price will drop even lower, and many people involved in this business in Imereti will lose their sources of income.”

According to the Industrial Development Group at the Ministry of Economy, 1,000 greenhouse farms operated by 550 small farmers and 10 large companies in Imereti produce almost 25,000 tons of salad greens and herbs.  For the most part, Georgian herbs are exported to Ukraine (43.5 percent in 2013), Belarus (17.2 percent), Azerbaijan (17 percent), Latvia (11.7 percent), Bulgaria (4.5 percent), and Moldova (2.7 percent).

Badri Kiladze says that the drastic drop in the export of salad greens and herbs is due to the recess in neighboring countries.  “Iranian and Azerbaijani herbs took over our niche in the Russian market.  Reclaiming this segment is not an easy task.  The change of government in Ukraine has brought about change in the spheres of influence.  In addition, the depreciation of the Russian ruble and the Ukrainian hryvnia caused the demand for and prices of herbs to decrease significantly.  Given the unpredictable developments in these countries, it is impossible to make any projections.  Still, the best solution is entering the EU market.”

According to studies, herb import in the European Union kept growing even during the recess, and without a decrease in prices at that. Eurostat forecasts further growth in demand for salad greens and herbs in the EU market, which will give entrepreneurs in different countries, including Georgia, good opportunities to enter the European market.

GLOBALGAP is a common standard for farm management practice, which must be met farmers producing fruits, vegetables, and aquatic organisms.  This standard applies to the entire cycle of agricultural and aquatic production, from harvesting to carting and packaging.  If a given farm meets GLOBALGAP, European consumers know that its products have been made properly and that the use of chemicals has been minimized.

To meet the GLOBALGAP standard, Herbia LLC completed quite a complicated process, inviting a Spanish consulting firm to help arrange the farm.  Subsequent auditing was carried out to study compliance with the GLOBAL GAP standard, and the company was granted a relevant certificate.

Herbia products, distinguished by high quality, are in demand.  At this point, however, the company is not as active in the EU market, exporting products in small amounts only to the Baltic States and Bulgaria.  In an interview with www.eugeorgia.info, Zurab Janelidze (Managing Director at Herbia LLC) says that European markets demand large amounts and guaranteed stable supply, which his company cannot deliver.  “If we want to sell our products in a European retail chain, we have to supply at least 20 tons every other day, which we cannot do,” Janelidze says.  In the past few years, the company has been exporting most of its salad greens and herbs in Ukraine and Moldova.

“The EU market demands a regular, steady supply of large amounts of quality salad greens and herbs.  Georgian producers, however, cannot meet this requirement,” Paata Charakashvili (Project Manager at the Industrial Development Group under the Ministry of Economy) says in a conversation with www.eugeorgia.info, “Due to the recent recess in neighboring countries, the price of salad greens and herbs exported from Georgia has dropped significantly.  Accordingly, the issue of diversification of export markets has become especially important.  The scarcity of farms and land lots impede the diversification of salad greens and herb markets in the EU.  There are not sufficient amounts of quality products to be supplied regularly.”

According to Bilancia report, the quality of Georgian salad greens and herbs is good, and, if new technology and adequate maintenance are in place in greenhouses, it may be possible to increase production by 50 percent.  Also, the GLOBALGAP standard absolutely must be adopted.  The Dutch company also advises farmers to establish cooperatives, which should lower the costs of new technology and GLOBALGAP standard adoption (currently 50,000 euro) and increase the volume of production.  Bilancia advises us to focus on organic fertilizers in salad green and herb farming, which is an advantage of Imeretian products, and this advantage must be actively used in Georgian marketing.  If we continue cooperating with Bilancia, the Dutch company assumes the responsibility to help us establish ties with Dutch and other European trading houses and promote/advertise Georgian salad greens and herbs,” Charakashvili states.

According to the Industrial Development Group, once exported to Europe, Georgian salad greens and herbs can take over its 0.2 percent of the EU market, and one kilo of Georgian goods will cost 2-4 euro.  At this point, parsley, dill, and cilantro production is considered.

“Ten large producers, including me, have already taken interest in putting together cooperatives.  Importantly, we must follow through with it—we have been through this before, when people speak a lot but never do anything.  If we take active steps and land our salad greens and herbs in the European market at stable prices, people will follow suit, adopt GLOBLAGAP, and establish cooperatives.  We all have suffered losses this year and have outstanding loans.  With good prospects in place, many will join us,” Badri Kiladze says. 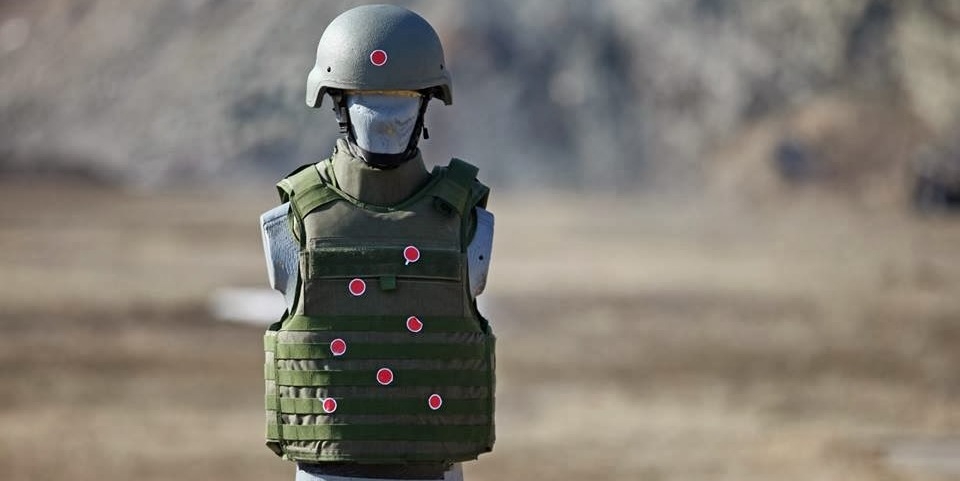 Georgian Armor and Helmets May Conquer the European Market

„Several Eastern European countries, including the Baltic States, have taken interest in our armor, bulletproof vests and helmets and we expect them to announce calls for bids next year. We will definitely participate in state procurements and will try t